Arlington County: Home of the Only Juvenile in the Country Sentenced to Life Without Parole for Robbery 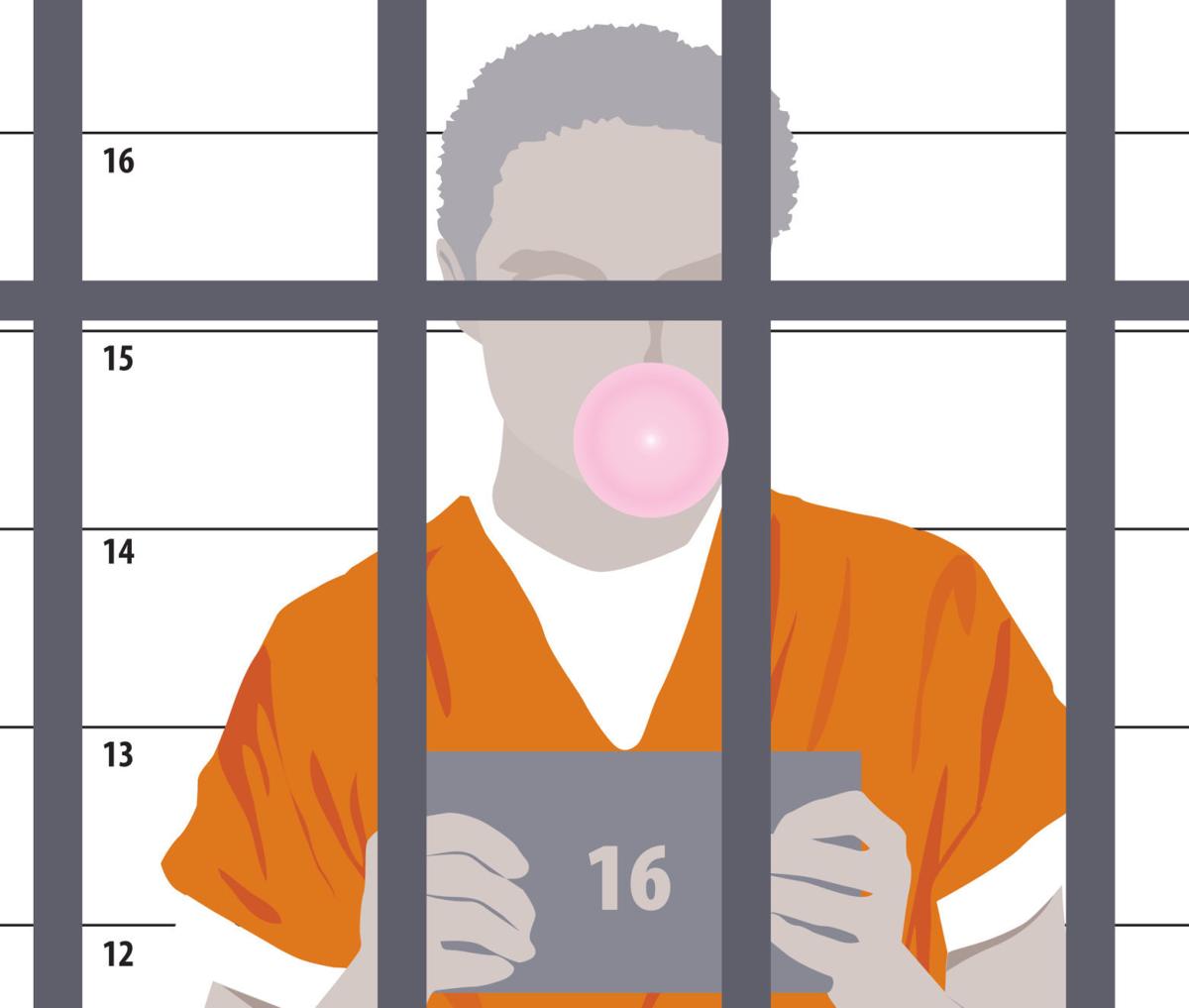 There is only one single reported instance in the entire country of a juvenile sentenced to life without parole for a case not involving homicide or rape–and it wasn’t in a conservative place like Texas, Oklahoma, or Alabama; it was right here in progressive Arlington, Virginia.

As we head into these important elections for Commonwealth’s Attorneys this year, it’s a good time to check our values and beliefs about what constitutes justice. Especially when it comes to young people whose brains are not yet fully developed, people with mental illness who may or may not be properly medicated, and people struggling with addiction.

Virginia has no minimum age for arresting and prosecuting a child—there is nothing to prevent a five or six-year-old child from being arrested and charged with trespassing, assault, petty larceny, etc. And in Virginia, a 14-year-old can be tried as an adult for felonies (bills this year by Elizabeth Guzman and Dick Saslaw that would have raised it to 16 were killed by Republicans).

So, what are your thoughts? At what age should we use the criminal justice system to address the behavior of children? Are there certain actions that are so serious that incarceration is the only acceptable outcome? And, since Virginia doesn’t have parole (except geriatric parole), under what circumstances if any should we put someone in prison for life for a crime he or she committed as a juvenile–do we believe people can be classified as irredeemable, and at what age? Finally, what about mental health and addiction–should we imprison people who commit crimes during a mental health crisis, or while under the influence of controlled substances?

The specific case in question involved a 16 year old boy who stabbed a woman while trying to steal her car. Her liver was punctured, and she spent three days in the hospital but survived the attack. What sentence would you think is appropriate? What about if you knew he had tried to rob someone else the day before at knifepoint?

The voluntary sentencing guidelines for such crimes is 7-11 years in prison, regardless of the age of the offender.

But there’s more. The boy had been hospitalized a year or two earlier and diagnosed with schizophrenia, but was not taking his prescribed medication. He wanted to steal the car because voices in his head told him he needed to get to New York. He was deemed “extremely psychotic” upon arrest, and had to be hospitalized before trial to “bring him up to competency.” How does that information affect the sentence you think he deserved?

The judge sentenced the boy to two life sentences plus 30 years.

Does that sound harsh to you? It is. In fact, it’s been found unconstitutional–violating the 8th Amendment against cruel and unusual punishment–to sentence a juvenile to life without the possibility of parole for non-homicide cases. Virginia only squeaks its way around that because we have a geriatric parole system, where the incarcerated can apply for parole after age 60, although it is granted in less than 5% of cases. Even before it was found unconstitutional, juveniles were rarely sentenced to life without parole for non-homicides. In fact, 21 states ban life without parole sentences for juveniles even for murder.

So, why did the boy receive such a severe sentence, so much longer than the 7-11 year guideline? Several things may have played a role. First, Theo Stamos, the county prosecutor in the case, asked the judge to give the boy a longer sentence than the guidelines, because “he is the person in the community that everyone worries about when they’re driving alone…he is the kind of person who makes us feel unsafe.” Next, the boy, who the jail had decided not to medicate, apparently denied the charges and showed no remorse during his sentencing hearing, despite having pleaded guilty a few months earlier. Arlington Circuit Court Judge Paul Sheridan angrily burst out “It just went from 60 years to life!” The inability of law enforcement, prosecutors and judges to recognize and take into account the way that mental disorders affect the behavior of defendants is probably a reason that national studies have found that individuals with mental disorders spend four to seven times longer in jails and prisons than others charged with exactly the same crimes.

Lastly, the victim in this case was a 24-year old intern working in the very same Arlington Commonwealth’s Attorney’s office, and who was dating an Arlington County Police detective. Did this play a role in the way the boy’s case was handled and the harsh sentence he received? (You might think that his defense lawyer should have brought that up. Or should have tried to use an insanity defense. But sadly not all lawyers are good at their jobs. His was caught shortly after this case embezzling from another client, and went to rehab for alcoholism.)

Is this what justice looks like? Is this how you want your criminal justice system to function? Should this boy spend the rest of his life in prison? His mother has been fighting for years to have him moved to a mental health institution, because prison is no place for someone with a mental illness. When he is on his medication, he becomes passive and is beaten and raped by other inmates. When he is off his medication, he becomes aggressive and endangers himself, other inmates, and guards.

Criminal justice reform is a very hot topic right now. The “tough on crime” era of the 1980s and 1990s has left us with mass incarceration, incredible racial disparities, and a prison system that is often serving as a poor substitute for urgently-needed mental health and addiction treatment options. As we think about reforms, and we look for elected officials like Commonwealth’s Attorneys who can lead the way on reforming their own offices and policies, it’s important to ask questions about issues such as these–for what offenses and what people committing those offenses is incarceration the best tool? What do we think are mitigating circumstances that should impact that decision? Do we believe, as Ms. Stamos does, that a boy like this, who believes he’s been shot 35 times and who has tried to cure himself of “cancer” by drinking a mix of mouthwash, contact lens cleaner, cough syrup and aspirin can “make a deliberate and rational choice to hurt other people?” Do we believe, like the judge in this case that “it’s a gamble to say that [he] could be cured, treated, made safe?” Or do we believe that we can and should be a compassionate and humane society that treats children as children, that seeks mental health care for those with mental illnesses, that gets addiction treatment to those needing it? These are important questions to be asking.

[Note: I reached out to Ms. Stamos to ask whether she thought the sentence was appropriate in this case, or more broadly any life without parole in juvenile cases, and whether she would handle the case any differently today. She did not answer these questions directly, but merely reiterated the severity of the robbery and that the 16 year old defendant with unmedicated schizophrenia seemed unremorseful. She did, however, inform me that her office had consulted the Virginia State Bar ethics office to determine whether it was a conflict of interest and they were advised that there was none.]